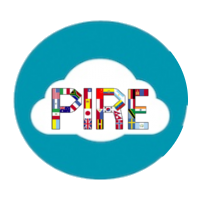 PIRE supports University of Oklahoma graduate students who are currently working with NASA and other earth science researchers to use cloud and data intensive computing for supporting flood and drought risk monitoring and forecasting in Africa with Project Matsu on the OSDC.

Since 2012, scientists from the University of Oklahoma and the National Aeronautics and Space Administration have partnered with the Government of Namibia to improve flood and drought forecasting and monitoring across Namibia. Namibia is the driest country in sub-Saharan Africa and is comprised almost entirely of arid and semi-arid climates that experience highly variable annual rainfall, making the country susceptible to economically devastating droughts and floods.

OU and NASA have developed a hydrological modeling framework for Namibia that can be configured to use satellite estimates of precipitation and/or forecast rainfall from weather models to monitor or predict stream water levels and soil moisture content, both of which are important in producing flood and drought forecasts. The addition of hydraulic modeling and observations of inundated areas from space borne instruments allow for the production of flooded extent forecasts, and these can be most efficiently disseminated using a cloud-computing paradigm.

NASA and the Open Cloud Consortium’s Project Matsu hosts the Namibia Flood Dashboard, a cloud service running on the OSDC that allows users to access water information related to Namibia and the surrounding area. The Dashboard includes the weekly flood bulletin from the Government of Namibia, OU/NASA hydrological model output over select basins, observed stream flows on several important basins, geo-located satellite images from hydrologically interesting areas, and more. Eventually, OU’s Ensemble Framework for Flash Flood Forecasting (EF5), a distributed hydrological model, will be deployed across the country and its outputs used not only for traditional river flow forecasting but also for drought monitoring and flood extent forecasting. During visits to Namibia, fieldwork to geo-locate river gauges and control structures has been completed, along with riverbank surveys across important basins.

In all these activities, the goal is to give Namibian hydrologists the technical expertise to set up, run, use, and interpret the hydrologic model on the Matsu cloud. This capacity building process is now entering its fourth year; over a dozen hydrologists employed by the Namibian government, local universities, and non-governmental organizations have been trained to use EF5’s predecessor, the Coupled Routing and Excess Storage (CREST) model.

This campaign marks the first introduction of the Namibian stakeholders to the EF5 system, complete with a brand-new training program. During four days of training, OU facilitators will discuss the principles underlying EF5 while completing seven examples on river basins across the world, representing four different continents. In keeping with the theme of cloud computing and open science, EF5’s training materials use open-source software and are freely distributable. This initial training workshop will be filmed and uploaded to the Internet, but as the training improves – based on user feedback – it will eventually be available on Matsu or a similar system, allowing any participant to complete it remotely.